History of SAU CON
03/07/2020 Posted by General introduction
Today, with the rapid development of the economy, when living standards are getting higher and higher, people are more and more interested in the need for relaxation and entertainment activities to get rid of worries. daily worry in life.
Grasping that need, since 1999, the Club of Crocodile Fun was born at 91A3, An Binh ward, Ninh Kieu district, Can Tho city, the forerunner of Sau Con Co., Ltd. Since its establishment, the club has operated effectively, profit next year is higher than that of the previous year, facilities and techniques are constantly improving.
At the end of 2006, realizing the exploitation potential of this type of production and business can be further developed to the provinces and cities nationwide, the Board of Directors decided to choose January 26, 2007 to announce. Established Crocodile Con Co., Ltd., headquartered at 87/1 Vo Tanh Street, Le Binh Ward, Cai Rang District, Can Tho City.
After 8 years of remarkable development, by 2015, Sau Con Co., Ltd. owned and completed the construction of a new company office and factory with an area of ​​more than 10,000m² on the main road with convenient traffic at 168A, Nguyen Thi Tram Street, Area 2, Ba Lang Ward, Cai Rang District, Can Tho City.
By 2018, with the strict management, the right development orientation and the continuous efforts of the Board of Directors and the collective of employees of the company, the products produced by Sau Con Co., Ltd. are honored to achieve ISO 9001: 2015 certified and issued by BSI British National Standards Agency.
Since then, Sau Con Co., Ltd. has continuously improved technology, invested in modern equipment and machinery, improved management and production skills, focused on product designs and especially ensured security. Absolutely in 100% of products are produced, ... Contributing to creating a superior competitive advantage in the Vietnamese market and increasingly reaching the international market. 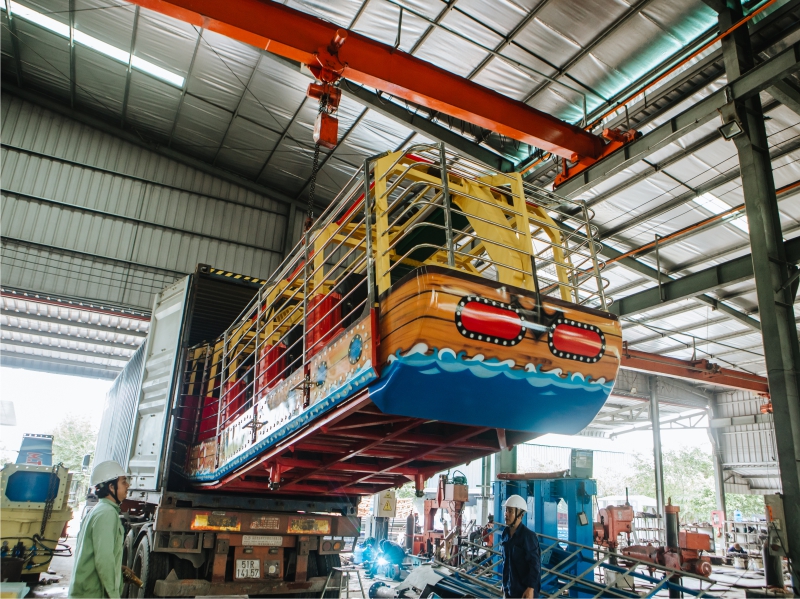